The history of Aberdeen’s floating villages 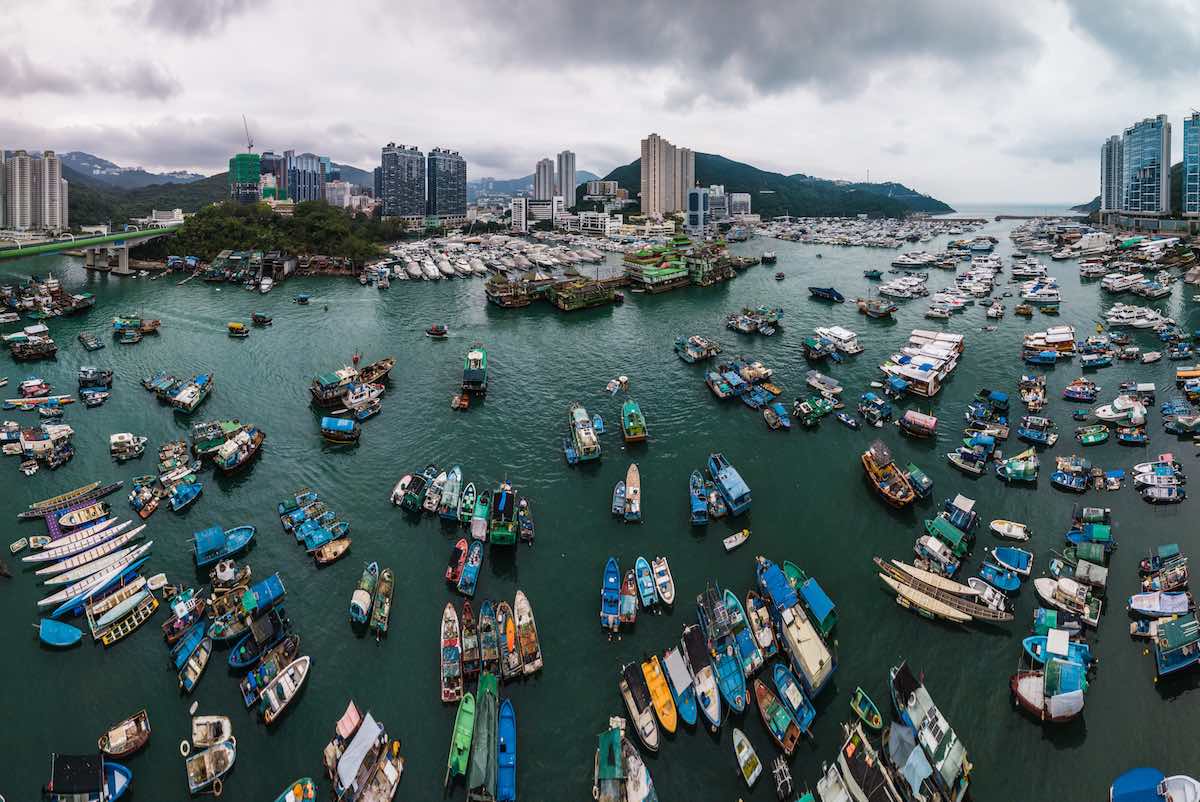 Amid the bustling modern city, a group of people have been living in floating villages for generations.

Located between Wong Chuk Hang, Aberdeen and northern Ap Lei Chau, Aberdeen Typhoon Shelter has long been one of the main shelters for local fishermen known as “people living on water.” With advancements to the fishing industry, a large number of fishermen have given up their day job and moved onto the shore, but there are still several hundred families who live in the floating village.

Floating villages can be traced back to Qin, Han and Song dynasties when wars frequently took place. Many people from Central Plains escaped to the south and made a living through fishing. As the fishermen spent most of their time on the sea, their boats gradually became their home. In the Qing Dynasty, Hong Kong Island was dominated by floating families.

In 1940, the government set aside 17 plots of land in the New Territories and outlying islands for fishermen to live. It was an essential step as their children were able to access a proper education.

The significant population living on water are Hoklo and Tanka people. Before moving south to Hong Kong, Hoklo people had roots in Fujian Province and Chaoshan, while Tanka people settled in the coastal areas of Guangdong Province.

Read more: The powers behind the Dragon Pillars in Hung Shing Temple

With unpredictable weather living at sea can be dangerous. Many fishermen trust Gods and Goddesses to look out for them including Tin Hau, Hung Shing Yeh or Tai Wong Yeh. Before sailing they usually place a statue of the god on the boat for consecration. Women on their period are considered unclean and are not allowed to approach the god.

While people living on water mostly speak Cantonese, the older generations speak a language known as Seoi Lou. It is a purely dialectal language with no written record because older fishermen never learnt to write.

Over the past three decades, reclamations along the shoreline and local commercial development have attracted young fishermen to work onshore and these floating villages are gradually disappearing. Only a few remain today including the Shek Pai Wan Estate, Yue Kwong Estate and Aberdeen Typhoon Shelter.