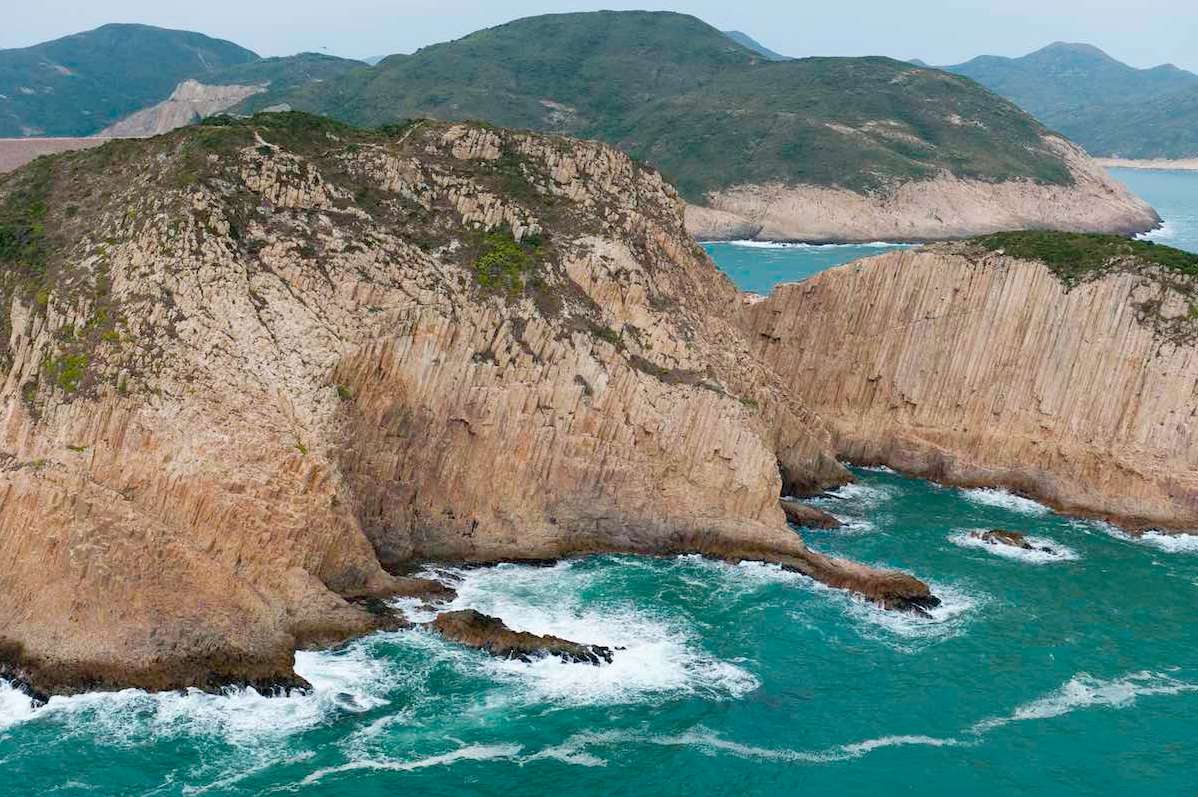 While High Island is well-known for its reservoir, it is also home to a supervolcano. Dating back 180 million years, this supervolcano is just one of 50 around the world.

During a mapping of the High Island area by the Hong Kong Geological Society in late 2008, it was suspected that the city might be sitting in the bowels of an ancient volcano. It took a total of four years of research and investigation before the supervolcano was finally discovered in 2012.

It is fair to say that the existence of Sai Kung and Hong Kong as we know it today is credited to that volcano.

During its last known eruption 140 million years ago, over 1,300 cubic kilometres of erupted ash was released, covering the whole of Hong Kong. After it cooled, the ash solidified to form a hexagonal scapolite. Such columns can be found across eastern Sai Kung.

This particular volcano is believed to have had a diameter of 18 kilometres, but over the years most of the volcanic rock has weathered and eroded, the only remaining evidence of it left submerged in water.

While it may be worrying to live in such close proximity to a volcano, lucky for us it is now extinct.

But its history lives on with the opening of Volcano Discovery Centre, educating people on Hong Kong’s violent volcanic background. Since the discovery, the volcano has gathered widespread interest from local and international media and even has a book, Hong Kong’s Big Bang, explaining the history of the discovery.

The Volcano Discovery Centre offers half-day tours of the High Island Reservoir to experience the volcano and other volcanic rocks up close and personal.