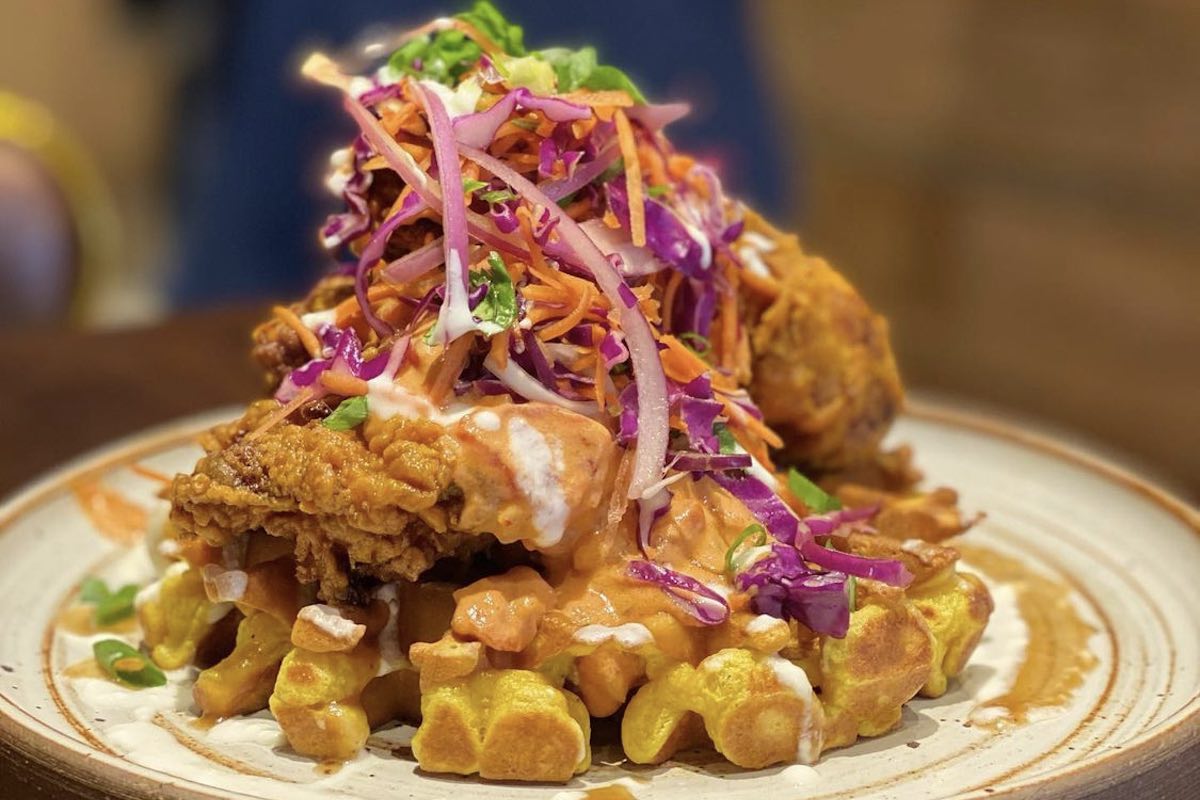 Hong Kong is one of the most culturally diverse countries in the world and that is shown in its array of cuisines. With a history of Chinese, Japanese and British colonies, various cuisines and heritages are still present to this day. From appreciating local produce and flavours to incorporating different cooking methods from other cuisines, these restaurants are getting inventive with fusion cooking. Here are the ones you should try.

Founded by three Korean friends who grew up in Italy, MOYO blends the two cultures together in its welcoming bistro. Start off with the egg tofu bruschetta topped with Australian black truffle. For larger dishes, Korean rice cakes get a spin with carbonara, cacio e pepe and black truffle flavours. Finish off with the creamy cheesecake that’s been spiked with tangy makgeolli.

The team behind Brut! love the ability to get creative with food and its menu. Taking advantage of seasonal produce, its menu changes frequently with a special focus on local ingredients and flavours. Glazed char siu gets an even sweeter touch with childhood sweet, haw’s candy. Its spicy szechuan chicken wings are paired with a zesty yuzu dressing and brocolli is roasted with middle-eastern tahini.

This modern Mexican restaurant takes inspiration from Japanese cooking and ingredients to create an upscale menu with a big focus on fresh and seasonal flavours. The classic street food snack of roasted corn is topped with a chipotle kewpie and cotija cheese. Tostadas are topped with scallop and uni, tuna poke and spicy lobster for new and interesting seafood specials.

TokyoLima is a welcoming yet hip Izakaya that serves a mix of Japanese and Peruvian cuisine to Hong Kong. Featuring classics from Nikkei cuisine like fresh fish, citrus flavours and fragrant chillies. Start off with its small plates before sampling some of the finest raw and seared seafood. Its cocktail menu uses South American flavours to reinvent spirits to push the boundaries of drinks.

Kinship offers modern American and British cuisine that is comforting yet inventive. New head chef, Nelson Gonzalez, has revamped its menu with Venezuelan flavours from his heritage. Duck breast is roasted with a local char siu style and Okinawa pork loin is served with a chimichurri sauce.

Read more: Your guide to bubble tea in Hong Kong

This Asian fusion restaurant takes its inspiration from Filipino cuisine and tailors it to suit local tastes. Popular dishes include its pork sisig, US tenderloin salpicao, spicy rosé prawn pasta and all day breakfast served with its signature spring rolls. A must order is the ube ice cream sandwich served on a toasted pandan bread.

Naming its brunch plates after cities around the world, Passepartout has incorporated signature flavours and ingredients to put a spin on breakfast classics. It uses a junk scotch egg on Japanese rice whilst the Paris tops sourdough with dijon mayo and a herbed egg salad. Chicken and waffles gets Indian flair with its butter chicken, coriander slaw and masala spiced waffles.